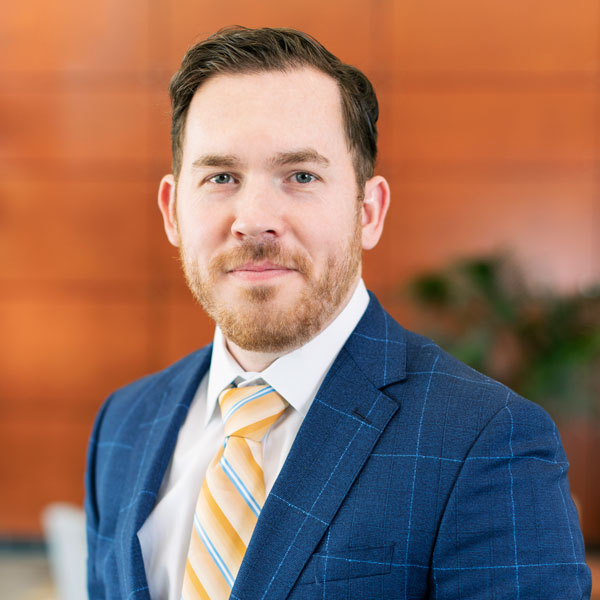 On the litigation side, Mark focuses on oil and gas lease cancellation and royalty deductions, primarily assisting royalty owners to free-up minerals held by non-productive wells. Mark also assists Chaille in auditing royalty owner payments to ensure that those payments are made in accordance with the oil and gas lease, and when they are not, pursuing the recovery of royalty deductions taken in violation of the lease.

Mark was born and raised in San Antonio, Texas, and attended undergraduate school at the University of Texas in Austin. After graduating from UT in 2002, Mark enlisted in the United States Army. He attended basic training and airborne school at Ft. Benning, Georgia, then served with 1-501 Airborne Infantry Regiment in Ft. Richardson, Alaska. In 2005, then-Sergeant Walraven commissioned as a Lieutenant. He served with the 2-3 Armored Cavalry Regiment out of Ft. Hood, Texas until August, 2009, when he left active duty as a Captain. CPT Walraven served in the Texas National Guard until May, 2011. CPT Walraven’s service includes a 14-month deployment to Iraq from November, 2007 to January, 2009, where he served as a Scout Platoon Leader in the Diyala Province. For his service in Iraq, CPT Walraven earned a Bronze Star Medal and a Combat Action Badge. His unit earned the Valorous Unit Award.

After the Army, Mark attended law school at Baylor University in Waco, where he met the love of his life, Chaille Graft. Mark and Chaille were married in 2011 and in 2012 they moved to Clinton, Oklahoma to practice with Chaille’s father, C.B. Graft, in 2012. Mark and Chaille have three boys, Jackson, Christian and Elias. In his spare time Mark enjoys serving at Life Church in Edmond, scuba diving, playing fantasy football, and doing anything outside with his family.